Home » Can You Freeze Watercress?

As the watercress may go bad very quickly, you may wonder if you can freeze the watercress to keep it for longer. But does it freeze well? Will it change its texture and taste after freezing? Let’s find out!

People usually know very little about such kinds of greens as watercress. It may be because the watercress is not widely known and used as it can go bad very shortly. Because of that, you need to consume it as soon as possible when it is gotten from the ground.

Unlike other vegetables, like cucumbers and tomatoes, that are well-kept, watercress can be spoiled quite soon. Nevertheless, there is a way out of how to keep it. The best way to do it is to freeze it.

In This Post: show
1 Is It Possible to Freeze The Watercress?
2 How to Freeze Watercress?
3 For How Long Can You Keep it?
4 How to Keep it Fresh for Longer?
5 How to Defrost it?
6 Can You Refreeze it?
7 How to Know if Watercress Goes Bad?
8 Conclusion

Is It Possible to Freeze The Watercress?

Yes, You can freeze the watercress in the freezer for up to 3 months but the watercress will lose its texture. You may consider freezing the watercress if you plan to make later a pesto sauce or to use them in a creamy soup where the loss of texture is not a big problem.

How to Freeze Watercress?

All the cooks who like bright and expressive textures of the greens will be disappointed when they will freeze and thaw the watercress because it will not keep the same structure as fresh watercress.

One of the best ways to freeze watercress is to mash it and use it later in a soup. It will be the most reasonable way to keep it safe and prepare a delicious dish using the frozen watercress.

If for you the texture is not a big problem, then wash the watercress well, remove the water excesses, and put them in the freezing bags.

So, What Can You Do With Frozen Watercress?

There can be other variants of freezing it. Various recipes can be used, but these are the main ones.

For How Long Can You Keep it?

As a simple rule, the more water the ingredient contains, the less period you can freeze it as it will start to degrade in the freezer.

If it is not a problem that you will lose the watercress texture, you can keep it frozen in the fridge for up to 3 months. It won’t spoil if you keep it more, but it is not recommended as it will become even more watery.

If you wash well, you can keep the watercress in the fridge for up to 5 days. The shorter – the better. If you want the best texture from the watercress leaves, then use it in the first 2-3 days.

If you leave it on the countertop at room temperature, you should prepare it in the next 2-4 hours as it will wither.

However, many factors influence how long it will last on the countertop. But the main factor is the room temperature.

The higher the temperature in the kitchen will be, the shorter period of storage it provides.

Right after the temperature, comes the humidity in the air.

So, a more-or-less preferable way to prolong the life of watercress is to keep it in the fridge for up to 3 days or to chop it finely, or mash it and keep them frozen for up to 3 months.

How to Keep it Fresh for Longer?

If you want to keep it fresh as soon as possible, leave them in a cool and dark place. The refrigerator will be the best place for the watercress if you plan to keep them fresh for a few days.

To make sure that the watercress will remain fresh for a longer time put them in a large bowl that will be filled with cold water. Put the watercress upside down with the stems in the cold water and the leafy tops, and cover with a plastic cling film.

How to Defrost it?

Many cooks will say that the defrosting process in some cases is more important than how you freeze the product.

If you try some methods to defrost the dish, you will completely lose its texture as you force the thawing process.

When we are referring to the products that are not freezing well, the thawing process may become even more important.

In order to keep their best texture, try to defrost the watercress gently and slowly.

The best method is to let the frozen watercress defrost slowly in the fridge overnight. This method of thawing is also called soft or slow defrosting.

The temperature will be changing gradually, iced crystals will not break too much the texture of our product. After the watercress is defrosted, you can use it further in your dishes.

Defrosting on the Countertop

It is not a good idea to leave the frozen watercress on the countertop at room temperature. Yes, you will save some time for defrosting, but you risk spoiling the product. Some people even use hot water to defrost the watercress.

Don’t do that as you will ruin the watercress because there will be a too high difference between the frozen watercress and hot water.

Defrosting in the Microwave

The same situation comes when you may consider defrosting the watercress in the microwave oven. As you will force the defrosting process, your watercress will become watery and it will turn into a mash.

Can You Refreeze it?

Refreezing is not the best way to do what you can do to your products, especially those that are high in water and don’t freeze well. After thawing, the watercress will lose its texture. After the second freeze, almost nothing will remain from it.

How to Know if Watercress Goes Bad?

If the watercress was in a humid place, you may also notice any traces of molds on it. In this situation, it would be better to not use these watercress leaves.

As we saw, the watercress doesn’t freeze too well because they are high in water and the watercress leaves will lose their texture. However, if you have a lot of watercress leftovers, you may consider freezing them and using them later in some dishes where the texture is not very important. An example will be to use the watercress in different sauces, like pesto, or just to mash them and use them in a creamy soup. 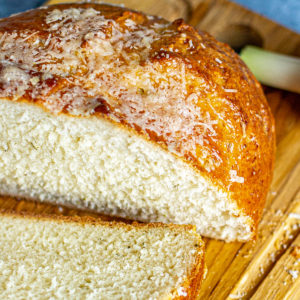 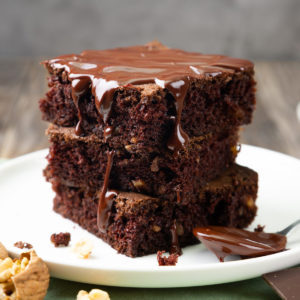 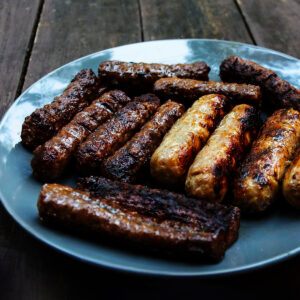