Home » Which Is the Healthiest Way to Cook Sausages?

As many cooks exist in the world, many recipes can appear on how to cook something. Sausages are not an exception here. There are lots of ways to cook them and many cooks will say that a specific way of cooking sausages is the healthiest one. Let’s find the best one that you should consider!

Yes, sausages are healthy for you, just pay attention to the fat content and choose the type that is right for you. If you like eating sausages a lot, and want to make them healthier, I highly recommend you to make your own homemade sausages. They are not as complicated to make as you may think.

Some people may think that sausages are unhealthy because they may have a lot of fat content. But we should mention that there are dozens of varieties of sausages from different types of meat mixes and with different fat content. There are even vegetarian sausages.

So, just pick the type of sausages that are right for you.

The general concentration of fat can vary from 3% up to 20% of fat content. It is also important to include the saturated fats here. Its amount must be approximately about 4%.

Keep in mind that the lower the fat level of the sausages will be, the dryer they will become in the end. Because of that, don’t pick just the lowest fat sausages that you will find. Try to find the right balance for you.

Besides the fat content, nutritionists say that it is important to choose sausages with low content of sodium and salt.

The recommended dose here is 600 mg per 100g. Because of that, when you choose your next sausages for a recipe, pay attention to the back of the package to pick the best ones for you.

As a general recommendation, if you are looking for lean sausages, pick those that are made from chicken or turkey meat because they are lower in fat but they will not taste as good as pork or beef ones.

How Can You Cook Sausages?

Which Is the Healthiest Way to Cook Sausages?

The healthiest way to cook sausages will be by boiling them as there is no need to add any butter or oil during the cooking. If you like eating them grilled, then you may consider cutting the sausages lengthwise as the fat will burn during the grilling. They will become crunchier, a little drier, but will be healthier as they contain less fat than in the beginning.

If you don’t like the boiled meat and still look for the healthiest way to cook sausages, I will say to cook them in the air fryer as there is no need for any additional oil. Also, another benefit is that the cooking time also will be shorter than if you cook the sausages in the oven or on the grill.

What Is the Unhealthiest Way to Cook Sausages?

The unhealthiest way for cooking sausages may be considering deep frying them as there will be added a lot of additional fat content besides the original meat fat that they already contain.

If you are watching your weight, try to avoid the deep-fried sausages.

Which Is the Most Delicious Way to Cook Sausages?

It is hard to say what is the most delicious way to cook sausages. As you know, tastes differ.

Some People prefer them boiled, some prefer them baked in the oven and others will say that the best way to cook sausages is in a stew.

If we refer to the most popular way to cook sausages, then we can say without a doubt that the majority prefers grilled or roasted sausages. Especially when they have a smoky flavor and have a nice and light crust.

The advantage of grilling sausage is that you can marinate them in a marinade and combine different spices that will make your dish special and unique.

Pro Tip: If you want to cook the sausages more evenly, remove them from the fridge, and leave them on the table for about 20 minutes. Just make sure that the sausages are not in direct sunlight.

Pro Tip: Let the sausages rest for half of their cooking time. In that way, the juicy meat will distribute evenly inside the sausages and they will be juicier than if you eat them right after you cook them.

Which Is the Quickest Way to Cook Sausages?

There can be several ways to cook sausages faster. It doesn’t mean that the process will influence the quality of the dish.

The first way to cook the sausages is to pick smaller and thinner sausages or just to cut them in halves or into slices.

As the sausages will be smaller in size, the cooking time will be lower.

Pro Tip: There is also an alternative way of cooking sausages faster. When you’re frying them in the pan, you can add some water to it. Then cover the pan with a lid. This way they will fry and boil at the same time. They will cook faster and will become juicier.

How to Tell When Sausages Are Done?

The best way to understand when the sausages are done is to use a meat thermometer.

Sausages will be ready when the thermometer shows a temperature between 155–165°F (68–74°C). The inner temperature of the meat depends on the meat mixture that was used to make these sausages.

Quick Note: Check the sausages from time to time to make sure that you don’t overcook them as you may risk drying the sausages.

How to Tell When Sausages Are Bad?

Pay attention to the appearance of the sausages and their smell. Did you notice any difference in color or in how they smell? They should have a neutral smell without any unpleasant or pungent smells.

If you smell something unpleasant, it will be better to not eat these sausages.

How to Keep the Sausages for Longer?

If you bought the sausages and you have them in your house for a while, do you store them correctly? Were the sausages kept right in the fridge without leaving them on the countertop for a few hours?

If you know that you will not eat the sausages in the next few days, it will be better to freeze them in an air-tight container or in freezing bags right from the beginning to avoid growing different bacteria on them.

Pro Tip: If you need to cook the sausages even longer, you may consider the freeze the uncooked sausages for about 3-4 months, then cooking the sausages and freezing them for another 3-5 months. 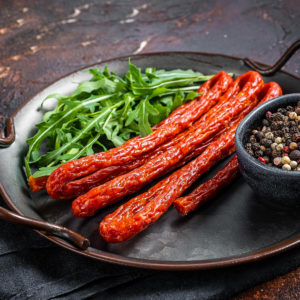 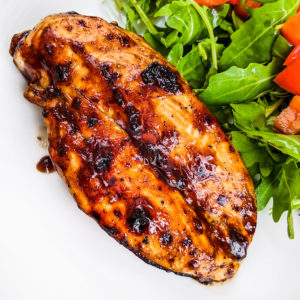 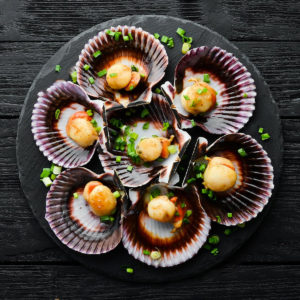