Home » How Long Does Mince Take to Defrost?

Wondering how long does mince take to defrost? Can you cook it directly from frozen? Will the texture and taste change after thawing? Let’s find out!

When we are talking about thawing mince or another type of meat, the process is very tricky, and you should ensure that you are doing everything correctly because there is a high risk of growing bacteria.

The most important thing is to not leave the meat on the countertop for more than two hours or, even worse, don’t leave the meat near a heating source or under direct sunlight.

Meat is a particular product that needs careful storing and cooking. The main problem is the growing number of bacteria in raw meat.

Even if the kitchen is clean, we can’t deny the influence of air. Well, you can extend the shelf life of mince by freezing it in the freezing camera.

But as I said multiple times, besides knowing how to freeze a product, often knowing how to properly defrost it is more critical because the thawing process can easily break the texture and taste of the dish.

Mince has the same rules for defrosting as any other type of meat. It would be best to leave it overnight to defrost slowly in the fridge.

In This Post: show
1 How Long Does Mince Take to Defrost?
2 Do You Have to Defrost Fully Before Cooking?
3 How to Thaw It Quickly?
4 Best Way to Thaw Mince?
5 How Long Can It Stay in the Fridge Once Defrosted?
6 Answering Your Questions:
7 Conclusion

How Long Does Mince Take to Defrost?

It all depends on how thick is the piece of mince and how you plan to defrost it. The safest method and longer is in the fridge – 8-12 hours. Under cold water, it will take you around 1 hour. On the stove on low heat – around 15 minutes. In the microwave – about 3-5 minutes.

Do You Have to Defrost Fully Before Cooking?

It depends on what you plan to do later with the mince. If you need to make some meatballs or to give a specific form to the mince, you should defrost the mince fully. If you are using it in a stew or for mince and tatties, there is no need to defrost it fully.

The only problem you can face is the enlarging cooking time. If you decide to cook the frozen or partially frozen mince, you should start cooking it slowly on low heat. If you start cooking it from the beginning on high heat, the difference in the temperature may be too high, and the dish’s texture may be affected.

Well, if you want to defrost it carefully while cooking, you need to take a frying pan and add some water. Turn the stove on low heat and mix the mince to thaw it gradually.

Be careful, as if you set the heat too high, you may risk overcooking some parts of the mince while other parts will remain raw.

How to Thaw It Quickly?

When looking for the best ways to defrost the mince quickly, you should be careful as there is a risk of breaking the texture of the mince if you will hurry up the process too much.

It would be best if you were careful with defrosting meat. If you have a frozen mince, don’t get upset. There are some ways that let you defrost it right in a shorter period.

One of the ways is to use some water. You can use an old trick when you don’t have enough time to defrost mince. The idea is to take mince in the freezing bags (well sealed) or airtight containers and put them into a deep plate with cold water.

The main advantage of this method is that it is safe. You won’t spoil meat and will have no problem with taste and texture while cooking.

It is essential to keep the water cold, as if you will use hot water, the bacteria will grow fast and will spoil your piece of mince.

This method is quite suitable for ground beef. Of course, many people can say that microwave ovens can do everything nowadays. They have a special mode to defrost products.

Well, you are right. Do remember the only fact. When you use this mode, the meat is heating.

The temperature is not so high, but sometimes you may take the mince out of the oven partially cooked on the edges.

One of the best and safest ways is to use gradual thawing, especially if you freeze a big thick container with mince. If you are going to cook something from mince the next day, take it out from the freezer and put it just in the refrigerator the night before.

Don’t forget to take a deep bowl for it, as there will be some water from the meat. The only disadvantage of this method is that it takes quite a long time.

At the same time, you should understand that it is one of the safest ways. You won’t subject yourself and your family to serious health complications.

How Long Can It Stay in the Fridge Once Defrosted?

In order to avoid the risks of growing bacteria on the meat, it is recommended to cook the thawed mince on the same day when it was defrosted.

If you don’t plan to cook the mince right now, keep moving the defrosted mince in the fridge as soon as possible to avoid contact with the air.

You can leave mince for 48 hours here, and nothing terrible will happen to it. The temperature in the refrigerator is relatively low to prevent it from quick spoiling and poisoning.

If the mince turns white after thawing, that means that the blood from the mince is gone. This kind of meat can be cooked.
If the mince becomes brown or gray, the meat spoils. Most probably, the meat wasn’t fresh, or you didn’t freeze it properly.

Thawing ground beef can get wet for many reasons. The main factor here is the appearance and the smell of mince. It could get wet if it had too much ice while freezing. If you use water while thawing it, it can penetrate inside the package. If it looks natural and doesn’t produce an unpleasant smell, you can cook it.

Can You Defrost Mince in Its Packaging?

Yes, you can defrost mince in its original package. It is one of the ways to protect mince from bacteria influence.

Can You Defrost Mince Under Hot Water?

You can apply such a method of defrosting mince. The only restriction here is the temperature of the water. It mustn’t be higher than 140 degrees Fahrenheit. This is a safe temperature for defrosting meat.

Can You Defrost Raw Mince in the Microwave? 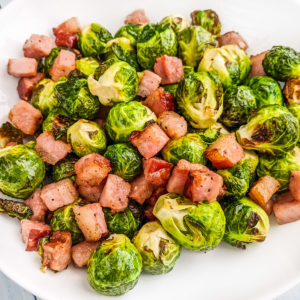 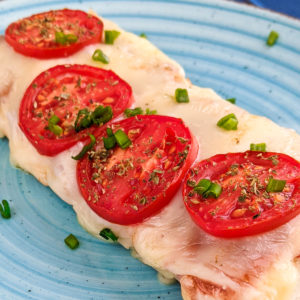 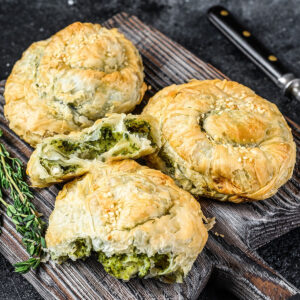